Ketogenic Diet vs Atkins Diet: Are they the same? 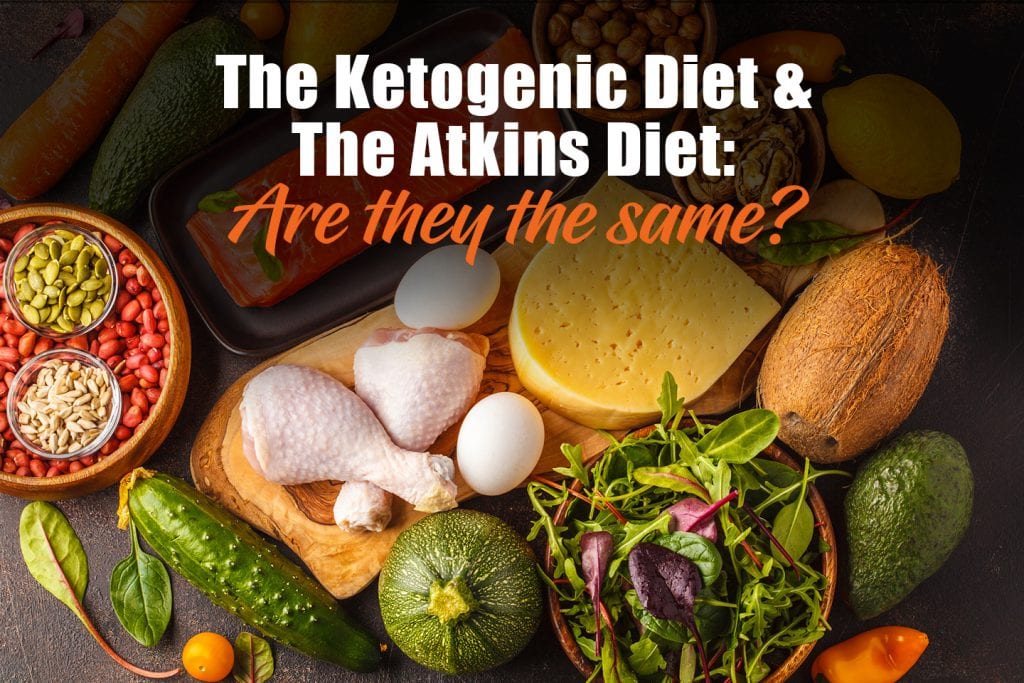 There are a myriad of weight loss regimens out there, and with each serving up its own idea of Valhalla and the Seventh Heaven, it is easy to lose sight of which one really checks all the boxes in terms of effectiveness and convenience. Throw that in with the fact that no one can really try out all the fad diets weight loss gizmos that are on offer and you get the hang of the conundrum.

Amongst the plethora of weight loss diets that today’s world is awash with, the Ketogenic diet and the Atkins diet are two low-carbohydrate diets that get most of the attention when it comes down to effective ways of shedding those extra pounds. And due to popular demand, they will be now be juxtaposed so as to get a better idea of the pros and cons of each of the diet. With a combination of striking similarities and daunting differences, here’s a faceoff between the Ketogenic diet and the Atkins diet.

What’s Common to Both Diets

Both diets are similar in a number of ways. Central to their efficacy is their ability to induce ketosis; a condition in which the body resorts to the production of ketones as a primary source of energy instead of sugar. Since ketones are produced from fats, both diets are quite adept at using very small amounts of carbohydrates and ironically, high amounts of lipids, to burn fats and produce energy.

In addition, both the Ketogenic and the Atkins diets are laden with fats, a good amount of protein and little or no carbohydrates. Essentially, they are both low-carbohydrate, high-fat and moderate-protein diets. This strict dietary schedule makes both diets ideal for dealing with lifestyle weight diseases like diabetes, obesity and even polycystic ovary syndrome (PCOS). The incorporation of lipids as the diet’s staple is the most striking similarity between both diets.

On the nutritional front, despite the fact that these two diets keep close tabs on fats, they go doing this quite differently. One of the differences between both diets is that total carbs are the focus of the Ketogenic diet, whereas, the Atkins diet concerns itself with net carbs.

They also differ in the amount of protein incorporated into the respective diets. 1 gram of protein per kilogram of an individual’s weight is specified by the Ketogenic diet while the Atkins diet makes provision for 4 to 6 ounces of protein thrice daily. Hence, the Atkins diet encourages the consumption of more protein.

Lastly, the Atkins diet is known to help people reach ketosis by means of a phase system. This is in contrast to the Ketogenic diet which takes into cognizance the unique needs of every individual for the attainment of ketosis.

Health Benefits of the Ketogenic Diet

The Ketogenic diet produces amazing weight loss results in most individuals but contrary to popular opinion, this is not the only benefit that the diet has in the offing. Although weight loss is the most common factor, the diet comes with the added advantage of lowering insulin levels, stabilizing blood sugar, increasing energy, reducing appetite, and even increasing brain power.

The keto diet is ideal for weight loss because of its proven efficacy at depleting fat stores due to the lower levels of insulin. A combination of the diet and its effects, one of which is increased energy, makes for effective weight loss since individuals are able to engage in different forms of physical activity and exercise. The positive results of this diet is evident in clearer skin, slower aging, and increased mental ability. The diet has also seen a lot of use for people suffering from diabetes and heart diseases because of its proven remedial effects. Its neurological function has also seen it gain traction in the treatment of dementia, Alzheimer’s and even Parkinson’s disease.

Health Benefits of the Atkins Diet

The Atkins diet is also beneficial for a host of reasons. It is found to be effective at cutting down on the body’s store of ‘bad’ cholesterol. Elimination of bad cholesterol reduces susceptibility to other infirmities like stroke and heart diseases. This diet is also believed to expedite the weight loss process. It does this by keeping calorie consumption in check, which often results in quick manifestation of results. Control of appetite and stability against spikes in blood sugar and insulin levels for the control of diabetes are other perks that come with the diet.

Summarily, if the goal is to alter your metabolism quickly and efficiently whilst turning your body into something of a fat burning machine, the Ketogenic diet is your best bet. Its principle of strictly counting calories and encouraging some form of physical activity makes it the right choice for weight loss. Since the diet is more of a lifestyle, it makes one immune to the norm of regressing on completion of the diet whilst keeping one healthy and in shape for eons to come.